Fill in the word

This is almost like a treasure hunt. The aim is to find certain things (objects) in the Museum, and what they are called, are by checking (on this website) what the Museum's exhibitions are all about - if you miss the names you will certainly not miss the pictures. Suitable for younger and older visitors.

Stories from a naval past

In 2005 the Maritime Museum contracted historian David Gist to track down persons who served on HMAS Nestor or HMAS Townsville (I) and to record their stories. Both are World War II vessels, represented by scale models in the Museum's collection.

John Dickman served as a seaman/gun-loader on HMAS Townsville during 1944-1946.

She was an Australian Bathurst class mine-sweeper, used for mine-sweeping, anti-submarine warfare and convoy escorting. Displacing 650 tonnes, she was built by the Evans Deakin shipyard in Brisbane and launched in 1941. Propelled by a steam engine, she was armed with a single 4-inch gun, a 40 mm Bofors gun, three 20 mm anti-aircraft guns and depth charges. She served in Darwin in 1942, the Pacific during 1942.1945 and New Guinea in 1944. She was broken up in Hong Kong in 1956. Her bell and builder's plate are preserved at the Townsville Central State School. 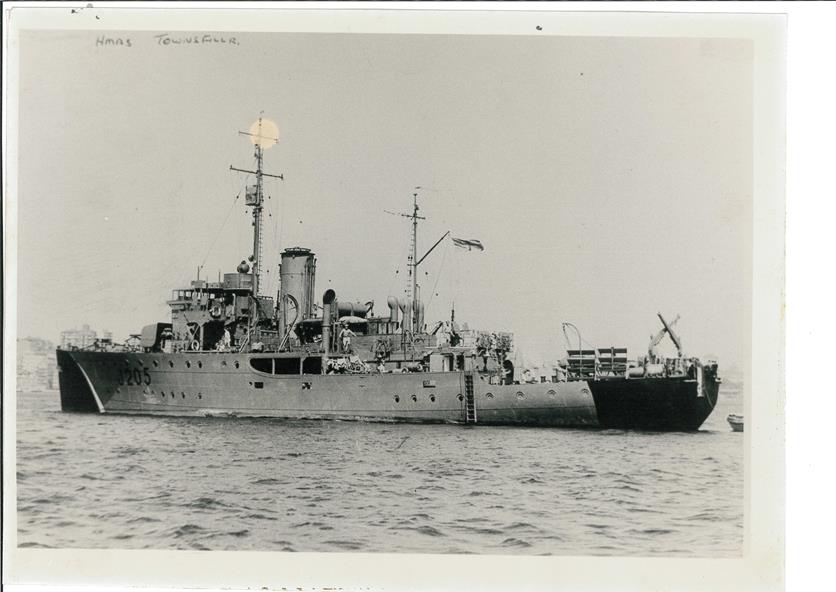 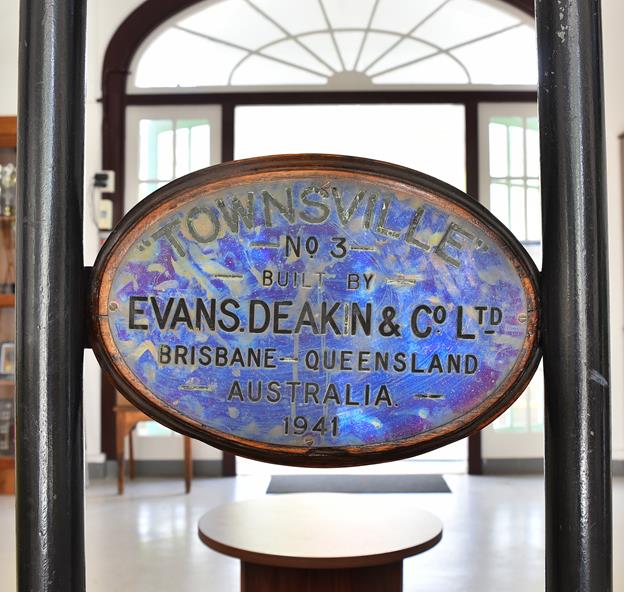 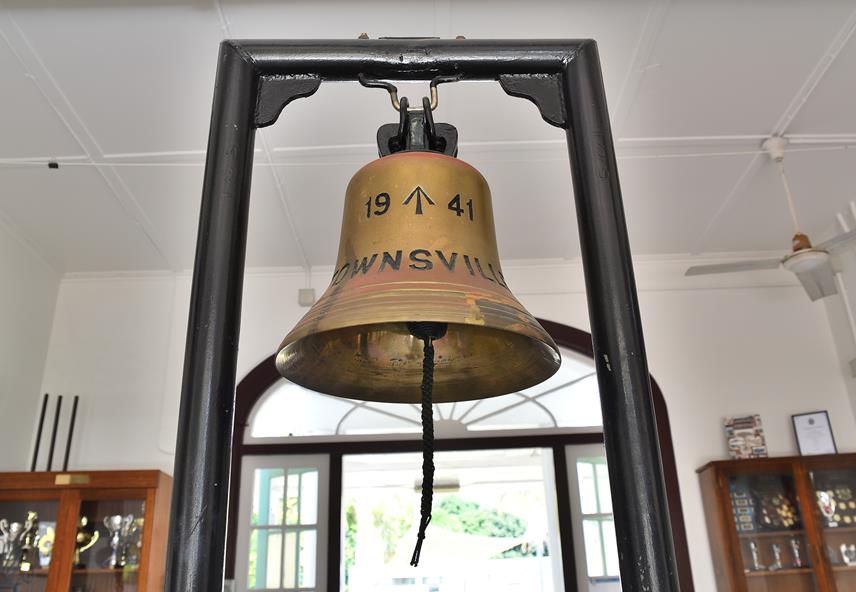 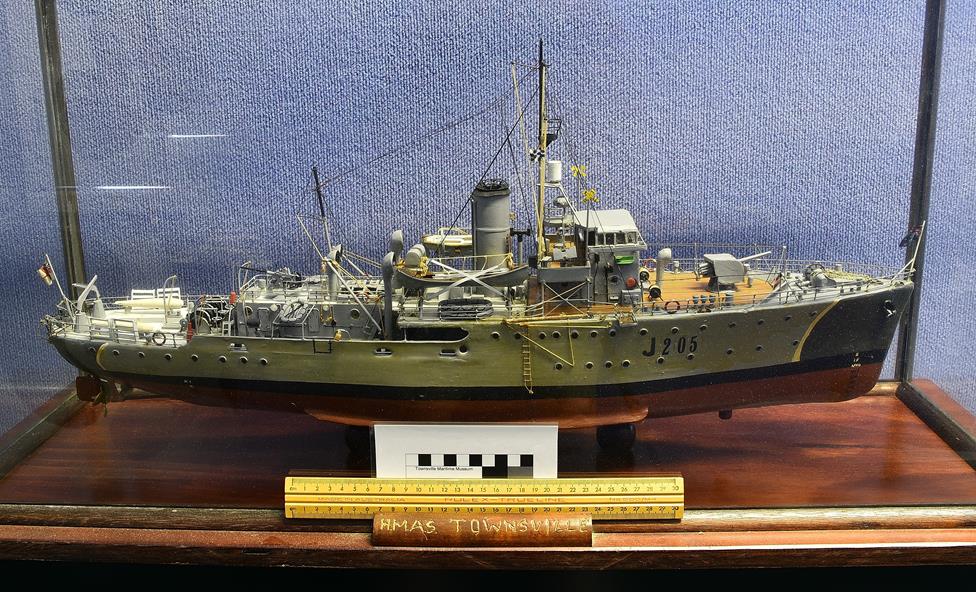 Stories from a naval past

In 2005 the Maritime Museum contracted historian David Gist to track down persons who served on HMAS Nestor or HMAS Townsville (I) and to record their stories. Both are World War II vessels, represented by scale models in the Museum's collection.

Doug Wickens served as a torpedoman aboard HMAS Nestor.

Named after the king of Pylos and nephew of the god Neptune in Greek mythology, she was a British N-class destroyer, built in Scotland. Displacing 2,250 tons, she was armed with six 4.7-inch guns, one 4-inch gun, one 4-barrel 2-pounder, four 20 mm Oerlikon guns, ten torpedo tubes and depth charges.

She had only been at sea for 14 months after being commissioned in Scotland for the Royal Australian Navy in 1941. During that time she had escorted North Atlantic convoys, participated in the pursuit of the German battleship Bismarck in May 1941, engaged in escort duties in the South Atlantic, attacked and sank the enemy German submarine U-127 off Cape St Vincent, protected heavy ships during the bombardment of Bardia and served with the 7th Destroyer Flotilla in the Mediterranean.

On 15 June 1942, whilst returning to Alexandria (Egypt) after convoy protection duty, the ship was attacked, causing serious damage to the boiler rooms. HMS Javelin took the crippled Nestor under tow, attempting to reach Alexandria, over 500 km distant. However, the lines parted twice during the night, and with more enemy attacks expected, Nestor’s crew was transferred to Javelin at dawn. Nestor was then scuttled and sunk by depth charges the morning of 16 June. It was the only vessel of the five newly acquired N-class destroyers that was lost in action before ever seeing Australia. 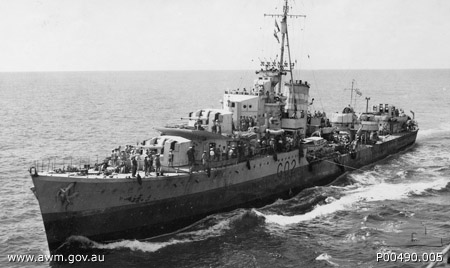 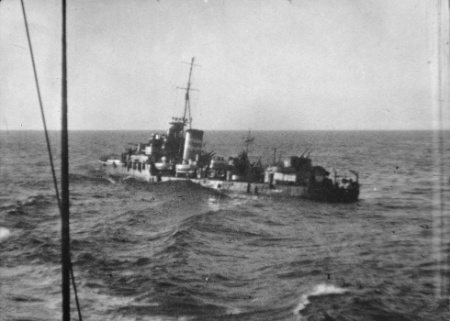