The Museum is custodian of many of the artefacts that have been retrieved from the Yongala shipwreck since 1958, such as portholes, lamps, fittings, crockery, bottles and coins.

Significant artefacts are the ship’s bell and a model ship carved from driftwood found floating on the sea during the search for the vessel.

In 1911, the steam ship Yongala disappeared in a cyclone south of Townsville. One hundred and twenty-two people had been on board, and none of them survived. It was not until 1958 that divers discovered the wreck site.

Yongala was built by Armstrong, Whitworth & Company for the Adelaide Steamship Company and launched in Newcastle upon Tyne (North-East England) on 29 April 1903. With a tonnage of 3,664 (mass) and powered by a steam engine, she was registered in Adelaide and took up the busy coastal route linking the gold fields of western Australia with the eastern ports of Adelaide, Melbourne and Sydney. She was designed to carry both passengers and freight.

The vessel was named after a word in the local Aboriginal language. 'Yongala' (originally pronounced Yonggluh) meant 'broad water', or 'broad wide watering place' and it is also the name of a small town in South Australia.

In 1906, Yongala was transferred to the Brisbane – Fremantle route. During the winter months from 1907 to early 1911, Yongala serviced the east coast run from Melbourne to Cairns, as the Fremantle - Brisbane route became quieter at this time of year.

On 14 March 1911, Yongala embarked on her 99th voyage in Australian waters. She left Melbourne with 72 passengers, intending to travel to Cairns. 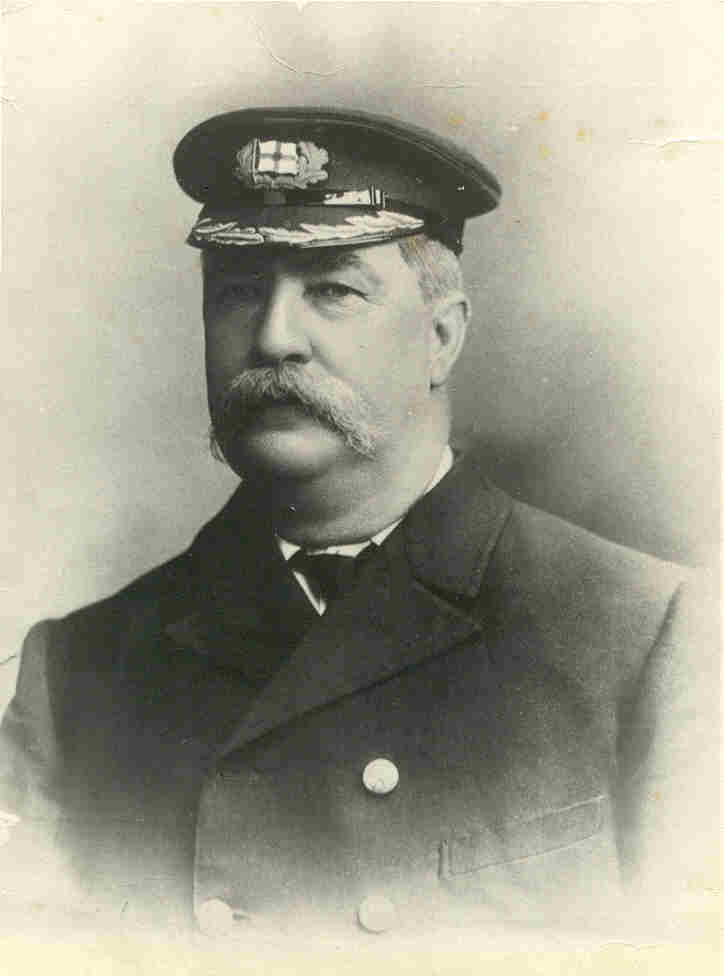 The vessel arrived at the Municipal Wharf in Brisbane on the morning of 20 March. The master was Captain William Knight aged 62, one of the company's 'most capable men', who had been in the service of the ASSCo for 14 years 'without mishap'.

On the morning of 23 March, Yongala steamed into Mackay to drop off and receive passengers and discharge 50 tons of cargo, leaving 617 tons in the lower hold - 'properly stowed'. By 1.40 pm she had departed, carrying 49 passengers and 74 crew, making a total of 123 people.

Yongala was still in sight of land when the signal station at Flat Top (Mackay) received a telegram warning of a cyclone in the area between Townsville and Mackay. Although the first Australian shore-based wireless station capable of maintaining communication with ships had been established in Sydney in 1910, few ships carried wireless in 1911. Ironically, a wireless destined for installation in Yongala had recently been dispatched from the Marconi company in England.

Five hours later, the lighthouse keeper on Dent Island in the Whitsunday Passage watched Yongala steam past into the worsening weather. It was the last sighting.

The late arrival of Yongala in Townsville caused little immediate concern, although when three other ships that had been sheltering from the storm finally arrived, the alarm was raised.

Yongala was posted as missing on 26 March. She was thought to have been lost on or about the 23 March. The Premier for Queensland, the Hon. Digby Denham turned all the resources of the state over to the search, including the public service, the police force and shipping - which included seven search vessels.

News of wreckage found washed up on beaches gradually trickled in - from Hinchinbrook Island to Bowen, but there was no sign of the vessel or of those on board. Hope had been abandoned by the following Wednesday after scores of vessels had scoured the coast and found no trace.

Many theories were put forward regarding its possible location and reason for loss. The Queensland government offered a £1,000 reward for information leading to the discovery of the ship, but as nothing of the vessel was ever heard this was eventually withdrawn.

On 20 June, 1911, the Marine Board of Queensland met in Brisbane to finalise the inquiry into the loss of Yongala that had begun on 8 June 1911.

'The Board were satisfied that the vessel in construction, stability, seaworthiness was equal to any in her class.' The Board found the ability of the captain to be beyond doubt and unimpeachable, and 'with no desire to indulge in idle speculation, simply find that after becoming lost to view by the light keeper at Dent Island, the fate of the Yongala passes beyond human ken into the realms of conjecture, to add one more to the mysteries of the sea'.

In 1943, a Royal Australian Navy minesweeper corvette, on a passage from Townsville to Brisbane clearing the shipping lanes off the Queensland coast mined at the beginning of the Second World War, fouled on an obstruction believed to be a shoal, but which was not investigated at this time.

In 1947, the Royal Australian Navy hydrographic vessel HMAS Lachlan, while heading north to king Sound via Darwin with the tender Brolga, stopped to examine the obstruction using anti-submarine equipment and an echo sounder. The obstruction was thought to be a sunken ship, and presumed to be that of Yongala. No further action was taken.

In 1958, the obstacle was found once more by local trochus fisherman Bill Kirkpatrick. Fascinated by the story and mystery surrounding the loss of Yongala, and hoping to make a salvage claim, Kirkpatrick spent several weeks dragging the flat sandy seafloor with a grapnel. Eventually catching on an obstruction, and using glass bottomed viewing boxes used in the trochus industry, Kirkpatrick was able to see the top of a wreck, just 16m below the surface.

Many artefacts, including the ship’s bell, have been retrieved from the wreck. Some of these are in the custodianship of the Maritime Museum of Townsville.

Today, the wreck is a major tourist attraction for the recreational diving industry. With more than 10,000 people visiting the wreck every year, the Yongala dive is rated among the top ten wreck dives in the world.

In Australia, all shipwrecks and their associated relics that are older than 75 years are protected by the (Commonwealth) Underwater Cultural Heritage Act 2018. Interfering with or damaging shipwrecks is prohibited.